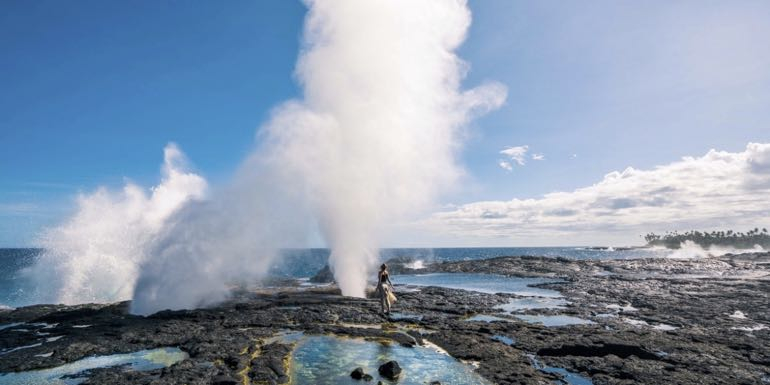 Moves are afoot to have four UNESCO Geoparks established in the Pacific, a development expected to boost tourism in a sustainable way while focusing on not only geology but also culture.

It is possible that these and others may form a ‘Geopark trail’ around the Pacific.

At a South Pacific Tourism Office (supported by the South Pacific Community, SPC) webinar this week, it was noted that a number of steps needed to be taken at all sites (some more than others) before a submission could be made to UNESCO.

Geoparks are being suggested for Vanuatu (specifically the small northern island of Gaua; Samoa (Savaii), Tuvalu (the Funafuti Coral Atoll), and Fiji (specific site yet to be determined). After that, the process for UNESCO confirmation would take about 18 months.

‘It makes sense to have a site in Fiji given its role as an aviation hub in the Pacific – that would make it vital in any Geopark trail.’

He says Gaua in Vanuatu features Mt Gharat, which itself is in the middle of Lake Letas, the largest lake in the Pacific outside Papua New Guinea.

Savaii already has an established tourism industry and well known sites including the Sele’aula Lavafield and Alofa’aga Blowholes, plus other potential sites.

‘We recommend that tourism stakeholders continue to look at sites and develop interpretive road signage and scenic lookouts,’ says Macallister.

He says there is also scope to develop volcanic themed self drive tours, considering that most visitors explore the island by car.

Tuvalu’s Funafuti Coral Atoll has grown on a submerged volcano and would become the first coral atoll in the world to become a UNESCO Geopark.