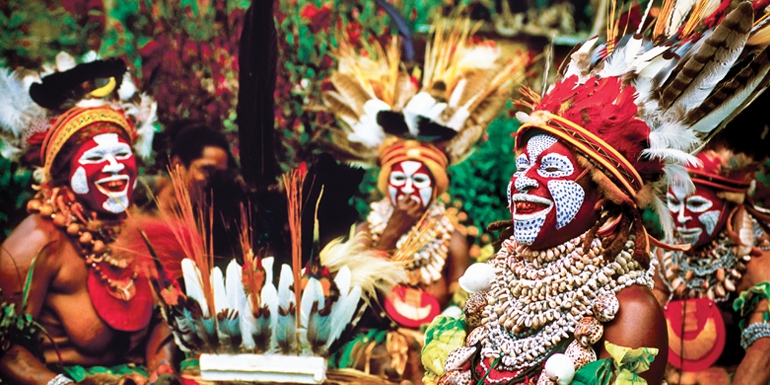 Papua New Guinea’s emergence in the cruise sector is encouraging both trade and clients to view the destination in a new way, according to PNG representatives who visited New Zealand last week.

Andrew Cavallaro and Holly Marshall, from marketing, public relations and branding agency Example, say they were well received by both niche and larger wholesalers on their visit – with an obvious desire in the trade to know more about PNG. ‘We realise we have to break down barriers and get people talking about PNG in a positive light,’ says Cavallaro. ‘Most people don’t know much about the destination and there are so many positive stories to tell.’ He says expedition ships and now regular cruise ships are opening the destination up and giving it a new profile. ‘P&O has named it their fastest growing destination and Carnival is putting almost all of its portfolio in there. Of course we’ve got Heritage, Coral Expeditions and True North and others there.’

However, there are also plenty of onshore experiences and tours – including niche travel concentrating on trekking, diving and surfing. Since Example took over the PNG Tourism Authority contract some six months ago, it has released a small brochure concentrating on highland adventures. Now a brochure highlighting coastal areas and islands is being launched. But Cavallaro and Marshall say the culture is what really sets the destination apart. ‘People will trek Kokoda or go diving but they want to do more than that. The culture is the key defining aspect and that will be the story people tell when they return home.’ PNG will be at the South Pacific Tourism Exchange (SPTE) in Christchurch later this year and also runs its own trade show – Lukim – which traditionally attracts a small number of Kiwi niche wholesalers.