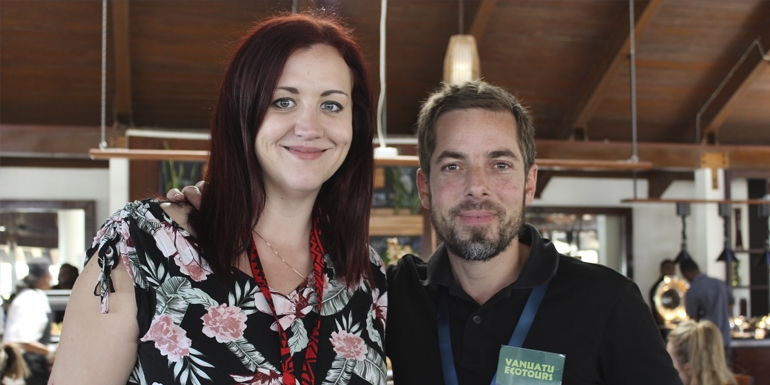 Eco tours: off the beaten track

New adventures to Vanuatu’s emerging destinations of Ambrym and Malekula have been developed by Vanuatu EcoTours, and follow the launch of the company’s three-day Trek Tanna tour earlier this year.

A four-day adventure in the Maskelynes, a group of islands off South Malekula, has guests sailing in traditional canoes with sails made of hand-woven mats, snorkelling with dugongs and sleeping in village bungalows. The four-day Trek Ambrym includes camping on a volcanic ash plain. Vanuatu Eco-Tours is firmly established in Efate, working with local communities to offer bush walking, river and ocean kayaking, mountain biking and ‘hidden waterfall’ tours.

The company exhibited at Vanuatu’s Tok Tok trade show recently and hosted STA Travel’s Amanda North on kayaking and walking excursions. Auckland-based North was scoping out Vanuatu’s options for adventure seekers. ‘Asia and South America are popular with STA’s market but we are hoping to change the perception of the South Pacific being a flop and drop destination.’ North was impressed with the two tours. ‘It’s incredible how much I learnt about Vanuatu’s eco-systems, and we also visited a school that takes 600 students from around Vanuatu’s islands,’ she says. ‘There are 40 different variations of the Efate bush walks based on fitness levels and whether there are children in the group. ‘I think Vanuatu would suit 25 to 35-yearold adventure seekers,’ says North. vanuatuecotours.com