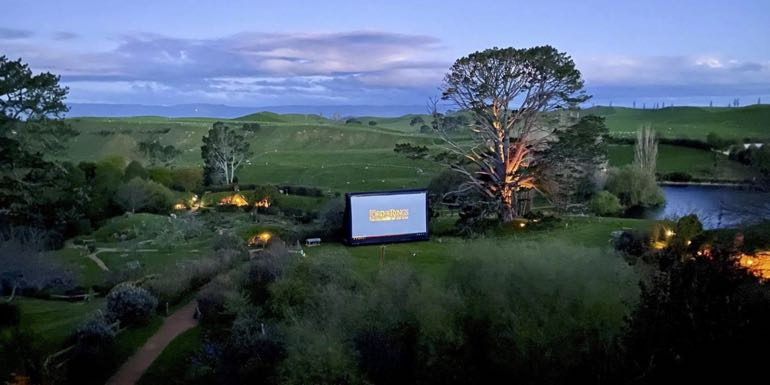 On Friday 10 December guests will follow the same path as Frodo and Gandalf did in the first scenes of the film on a guided tour. They will be escorted through the twelve-acre outdoor movie set and hear fascinating details of how this location was transformed from a slice of Kiwi farmland into the Shire as it appeared on the silver screen.

After a visit to Bag End, home of Bilbo and Frodo Baggins, and a wander down the meandering paths of the Shire, guests will arrive into The Green Dragon Marketplace with traditional Hobbit fare bursting from the market stalls.

The exclusive Hobbit Southfarthing beverages will flow, alongside the Middle-earth wine range, and interactive games will be played.

Groups will be shown back to the Party Field, where a 13-metre outdoor cinema screen will be waiting for an open air screening of the 4K theatrical cut of The Fellowship of the Ring. Tickets are on sale now CLICK HERE.

Tweet
More in this category: « Tourism a new NCEA subject New source of steam sought »
back to top