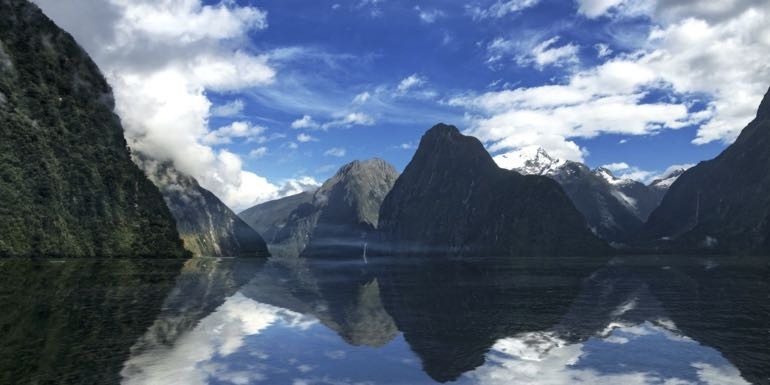 The Milford Opportunities Project’s masterplan has innovative, bold and challenging ideas that could radically change the way we look after one of the jewels in New Zealand’s tourism crown, Tourism Industry Aotearoa says.

‘The Milford corridor from Te Anau to the Sound is a key tourism asset for New Zealand and as such demands special attention,’ TIA chief executive Chris Roberts says.

‘TIA supports the overall vision of the new masterplan. Many of the details will need to be closely examined and discussed, but the debate is necessary as the way Milford Sound Piopiotahi has been operating is not sustainable.’

TIA expects some of the recommendations in the masterplan will attract widespread support from the tourism industry, such as weaving in mana whenua values, and improving the walking and cycling opportunities along the corridor to Milford Sound Piopiotahi, encouraging visitors to slow down and spend more time in the region.

Park and ride opportunities would help manage congestion, while having one body to manage Milford Sound Piopiotahi would potentially remove frustrating layers of bureaucracy.

However, proposals to restrict access by cruise ships and to close the airstrip will be unpopular with the directly affected businesses, Roberts says.

‘If these recommendations are picked up by the government, it will need to work with businesses to mitigate the impacts.’

The New Zealand Cruise Association says it is ‘most concerned’ that the Milford Opportunities Project has recommended cruise ships should be banned from Milford Sound.

Chief executive Kevin O’Sullivan says the proposal is mentioned in little detail in the report and is lacking supporting information.

‘The fiords are controlled for cruise ship activity by Environment Southland through a Deed of Agreement with the cruise industry. The deed was first put together 20 years ago; it has worked well and has been renewed recently after considerable negotiation,’ says O’Sullivan.  ‘The Opportunities Group gives no information on how a ban would be introduced and the cruise industry would resist what appears to be a poorly thought out idea. Cruise ships are generally in Milford Sound briefly early in the morning and in the late afternoon so they mostly do not represent any issues for other users or visitors.’

Tweet
More in this category: « Affordable luxury in SI Rewards kick in for agents »