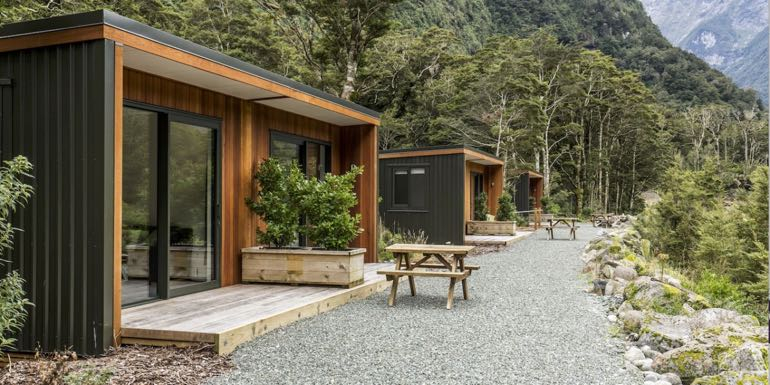 Luxury does not have to equal expensive when clients are considering a domestic get-away, says New Zealand 4 Discovery’s Francis Mortimer.

‘You can thank the border closures for highlighting the affordability of holidaying in NZ,’ Mortimer adds.

With partners in Fiordland, Mt Cook, Waitaki and South Canterbury, New Zealand 4 Discovery has unlocked two packages focusing on the luxury attributable to New Zealand’s natural heritage matched to the lodges of the region at an affordable price.

‘Stunningly Beautiful Milford Sound’ at $599 per person share twin, takes visitors to Milford Sound for three nights. ‘Tourists normally visit Milford on a return day trip,’ says Francis. ‘However if you read the comments on customer forums, without exception, they recommend staying overnight in the park.’

The experience includes return coach transfers to Milford Sound ex Queenstown, three nights at Milford Sound Lodge with breakfast, a nature cruise on the sound and a half-day self guided walk at the visitor’s pace on a section of the Milford Track.

‘If the borders were fully open, this package would normally retail in excess of $1100 per person.

‘Luxury Under Southern Skies at $2999pp share twin, offers eight nights in the south and mixes the ambience of the luxury lodge Pen-y-bryn with the alps surrounding Mt Cook Lakeside Retreat and the peace of the restored Vicarage in Geraldine. Breakfast is included for six days as well as four dinners. Pre dinner drinks and canapes are included for six nights. A whiskey decanter mini bar is included in Mt Cook to help guests keep warm as they watch the stars from their terrace. A rental car can be added from $415 per person (based on two people travelling together). Travel on both the above packages must be completed by 30 September.