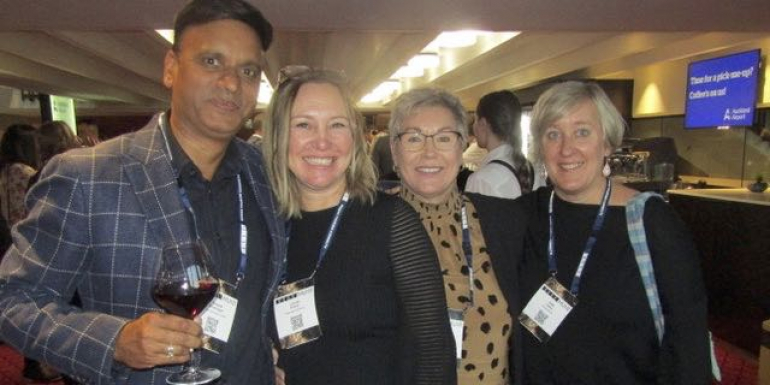 From survival to growth

New Zealand’s tourism sector is looking beyond words like ‘hibernation’ and ‘survival’, if the general mood at this week’s TRENZ Hui in Christchurch is anything to go by.

Many in the industry say times are still challenging but growing business travel, including conferences, incentives and meetings, ongoing strength in the domestic leisure market and now the slow but promising start to trans Tasman travel are all coming together to have an effect on accommodation providers and other operators.

He feels it is important to quickly re-establish face to face relationshps with the Australian market – something Cordis is doing this month.

‘We’re going to Melbourne, Sydney and Brisbane. We want to make sure we are an early bird on this, so we are meeting tour operators, meeting planners, cruise ship operators and entertainment organisers.

‘Business is improving and we want to capitalise on that, but of course we are also hoping that other borders open soon.’

A move towards weddings and extra focus on domestic incentives has put Peppers on the Point in a good position to progress now, says general manager Ann Gregor-Greene.

‘We moved from having 95% of our occupancy being international to a purely domestic operation in April last year. But a focus on corporates and weddings has kept us going.’

Gregor-Greene is now seeing traction from Australia. ‘We’re seeing direct demand for September and October and receiving agent bookings for January and February.

‘It’s been a challenging year and the question was always whether or not you stay open and, if you do, how do you turn into a domestic offering.

Peter Morrison, of West Fitzroy Apartments in Christchurch, says he is definitely seeing a return of corporate travellers from Australia. ‘Many of them are working on infrastructure projects around the city. They stayed with us pre-Covid and they are coming back. We are getting Australian groups too, often with a Kiwi connection.’