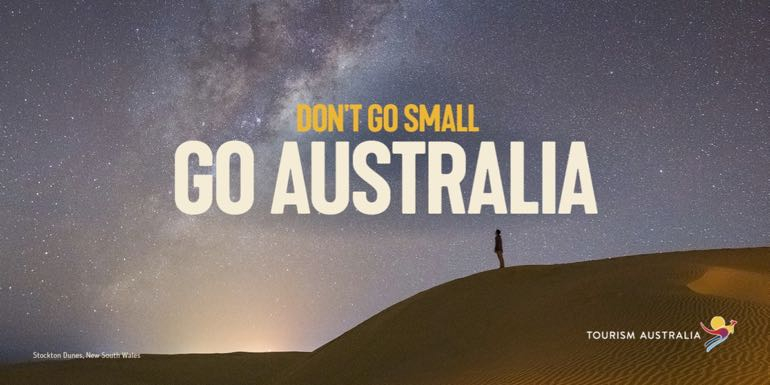 Opportunities for trade in Australia

Now is an ideal time for Kiwis to discover that they don’t know Australia as well as they think they do – and for the trade here to take advantage of that, says Tourism Australia’s executive general manager commercial and business events, Robin Mack.

Nine New Zealand wholesalers / product managers plus five ‘lux buyers’ and a small media contingent were in in Sydney now for the Australian Tourism Exchange (ATE 2022).

To kick proceedings off, Tourism Australia and Destination New South Wales hosted a New Zealand welcome cocktail function at The Pavilion in the new Crown Towers, Sydney on the Sunday night.

‘We saw during the last two years that Australians really got out and discovered the country and they found they didn’t know about their own country. Now it is Kiwis’ turn to do the same,’ says Mack.

‘Now New Zealanders can go epic and go Australia – find new experiences in familiar places but also find a raft of new things in places they haven’t been before.’

Tourism Australia managing director, Phillipa Harrison says it is incumbent on the organisation to keep giving travel partners new experiences and ideas to help draw New Zealanders across the Tasman.

‘We’re not complacent about New Zealand business. Last year (at ATE) you were our only international buyers (while the bubble operated). Now we have 33 other countries here as well, but we won’t forget New Zealand.’

New Zealand buyers at the Australian Tourism Exchange (ATE 2022) which wrapped up yesterday at the ICC in Sydney say the event has proven the worth of speaking face to face again.

Buyers and sellers were kept busy on the ATE 2022 floor for three days and there was plenty of socialising and catching up to do in the evenings.

Narissa Phipps, of First Light Travel, says she enjoyed the format where Australian sellers walked the floor and caught up with international buyers at their small booths.

‘Some of the smaller owner operators say it put them on the same level as the bigger companies – it’s not just about impressing people with expensive displays.’

Vic Wales, of HOT Events says it was great being back and talking positively face to face about travel.

‘We have to be confident about attending these events and having in-person conversations if that’s what we want our clients to do.’

Julia Bozich says the event illustrated how positive the Australian sector was feeling.

‘It gave us a  chance to follow up on the conversations we had last year (during the temporary trans-Tasman bubble). Tourism Australia is dedicated and committed to working with partners in New Zealand.’

Tweet
More in this category: « Aussie inbounders mark trends Australia focuses on yield and reconnection: Trade famils part of that »