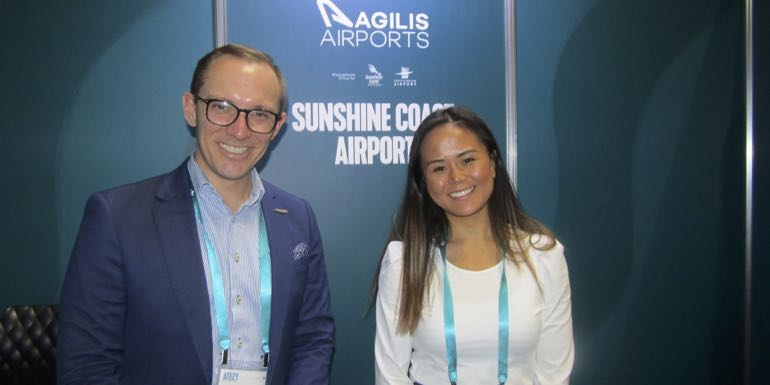 The work done last year to increase Queensland connectivity for the domestic market will have a positive spin-off for New Zealand trade and clients now that the state is open to Kiwis, says Gareth Williamson, general manager aviation business development with Sunshine Coast Airport.

Air New Zealand starts its three times weekly Auckland to Sunshine Coast seasonal service 28 June, running through to the end of October. Williamson says the destination is working on having the season extended.

‘We’re doing a lot of work with Visit Sunshine Coast and Tourism Noosa as well as with Air New Zealand and the trade – there is a campaign with House of Travel coming later in the month.’

Beyond that, however, Williamson sees the whole of Queensland offering new opportunities for the Kiwi market.

‘We have branched our connections out around the state as a result of only having the domestic Queensland market for a long time last year. But that is now benefitting inter-state travel and we hope international.’

He says a new Sunshine Coast-Cairns service is now operated three times a week by Alliance Airlines. ‘We see this a prime opportunity for open jaw itineraries – say, into Sunshine Coast and out of Cairns. It is ideal because Air New Zealand serves both destinations from Auckland.’

He says Sunshine Coast is also newly linked to Emerald in Central Queensland as well as Canberra and Newcastle.  Increasing the existing number of services to main centres like Sydney, Melbourne and Adelaide has also been a focus.