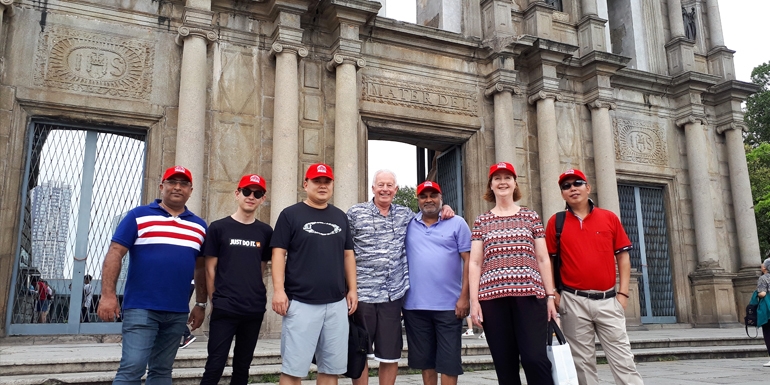 Six product managers from New Zealand and Australian travel wholesale agencies were invited by the Macao Government Tourism Office to view all the latest product of the Asian region at the 7th annual Macao International Travel (Industry) Expo (MITE) at The Venetian Macao – this year extended to celebrate Macao’s 20th anniversary as a Special Administrative Region.

The Expo highlighted Macao’s role in facilitating the Belt and Road Initiative and its role, as a World Centre of Tourism and Leisure, in promoting the GuangdongHong Kong-Macao Greater Bay Area to the international travel industry. During the four-day visit, the group was also ushered to experience some of the sights and sounds of this Asian centre referred to as the City of Gastronomy. Macao is included on an elite list of UNESCO Creative Cities for its cuisine, Macanese one of the world’s earliest forms of fusion food. The group also had the opportunity to board the shuttle bus for the drive across the new Hong Kong-Zhuhai-Macao bridge link, highlighted by a section of bridge which, at more than 29km, is the longest over-the-sea road construction in the world.

Tweet
More in this category: « Enchanting Taiwan Choosing Chongqing for a China change »
back to top