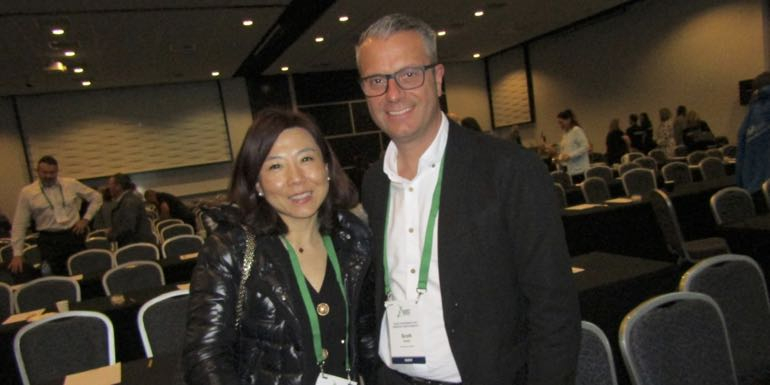 ‘New Zealanders quickly embraced domestic travel, some travelled to Australia and the Cook islands is performing well. They have shown they are keen to travel to safe places. That’s important because airlines need to balance their inbound business with outbound demand.’

Tasker agreed with a number of other speakers (including minister Stuart Nash) that having high rates of vaccination form this point is key to recovery for the industry.

‘There is that risk that if wider border openings do not happen because of variants and slow vaccination rates, airlines may redeploy aircraft to other routes.’

He says that of the 30 airlines that used to fly into Auckland, 15 have now ceased services and 19 destinations are no longer served from the city. These include important North American gateways like San Francisco and Vancouver, while there are no longer any links to South America.

Despite all the challenges, Tasker says AKL feels positive. ‘Probably domestic will remain strong, the Tasman recovery will accelerate when the time comes and then we envisage the opening of Tonga, Samoa and Fiji if they are ready. After that will come non-stop flights from trusted points – the USA, Canada and Singapore are likely to be early starters. Places that require a transit stop will be harder. That feels a bit further out. But airports like Changi and airlines like Singapore Airlines will be motivated to find answers.’

Technology like the IATA Travel Pass will clearly play a key role in international travel moving again, but it shouldn’t be the determining factor in getting started, says Scott Tasker, GM aeronautical commercial at Auckland Airport.

‘In the future people will have to provide airlines with trusted evidence that they have been vaccinated and maybe evidence that they have had a test. Automation will advance on this and solutions are starting to become clearer. Having people fumbling with pieces of paper (at the airport) would be challenging,’ Tasker told delegates at the Tourism Export Council Conference in New Plymouth.

‘We need sophisticated management at the border that enables safe travellers to cross borders and it has to be internationally aligned. We don’t want a bespoke number 8 wire type system that is too hard for international travellers to negotiate.

‘However, we should be able to get going with imperfect solutions that allow people to show evidence of vaccination – even if it is on a piece of paper to begin with.’

Tweet
More in this category: « BARNZ: Risk of connections ‘withering on vine’; need to retain staff through this year Norfolk Island restart pushed to 10 June, but 3C remains committed »