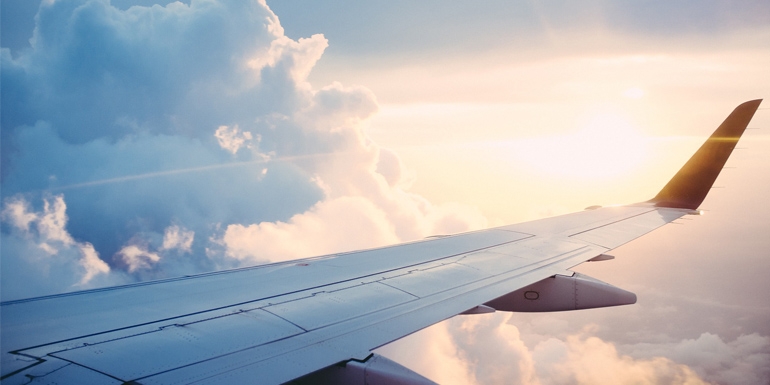 Despite a significant percentage of the population fearing that they have a high chance of catching Covid-19 if they fly, and media coverage that often seems to promote this fear, actual evidence and recorded instances appear to indicate the opposite.

Obviously transmission is a concern in any environment where there is contact between infected and non-infected people. However, research of flights that have carried infected passengers indicates transmission is virtually nil and far less likely than in many other cases of close contact. An informal survey of 18 major airlines in correspondence with the International Air Transport Association (IATA) identified, during January to March 2020, just four episodes of suspected in-flight transmission, all from passenger to crew, and a further four episodes of apparent transmission from pilot to pilot, which could have been in-flight or before/after (including layover); there were no instances of suspected passenger to-passenger transmission reported by the group of airlines. The group of airlines represents 14% of global traffic for that period.

A request to a much larger group of 70 airlines (representing half of global passenger traffic) also failed to identify any cases of suspected passenger-to-passenger transmission. Closer analysis with IATA was carried out by four airlines that had close contact with local public health authorities during the outbreak. The four airlines together followed up around 1100 passengers who were identified as confirmed cases having recently flown. The flights in question represent about 125,000 passengers. There was one possible secondary passenger case identified in the total, along with just two crew cases, thought to be the result of possible in-flight transmission. By comparison, a recent article from Shenzhen China on transmission quotes an overall transmission rate of 6.6% across modes of contacts (household, travel, or meals), which would equate to a predicted 72 cases from those 1100 passengers, compared with the three that were observed.

IATA knows of only one event of suspected multiple passenger-to-passenger transmission of Covid-19 in-flight – infecting up to 14 passengers. This case is still being investigated further and was on a flight from UK to Vietnam on 2 March 2020. Contrary to that, one paper from Canada reports careful follow up of a long-haul flight on which someone later confirmed to have been unwell at the time, but no secondary cases resulted. A recent public report shows that a flight on 31 March from USA to China Taipei with 12 people subsequently confirmed to be symptomatic at the time of flight, generated no secondary confirmed cases from the 328 other passengers and crew members, who all tested negative. The reasons for the apparently low rate of in-flight transmission are not known but could encompass a combination of the lack of face-to-face contact, and the physical barriers provided by seat backs, along with the characteristics of air flow. Further research is underway.