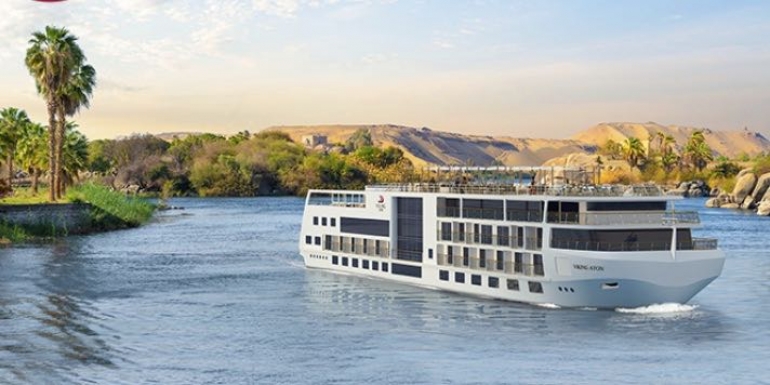 Interest in Egypt as a river cruise destination continues to climb as Viking sees a 25% jump in sales weeks after announcing a new addition to its fleet.

‘The expansion to our Egypt fleet with the debut of Viking Aton in September 2022 has generated a significant surge in interest and bookings from New Zealanders and Australians,’ says Michelle Black, Viking ANZ managing director. ‘The addition of Viking Aton takes our Egypt river fleet to three, alongside Viking Osiris and Viking Ra. We have also secured exclusive docking rights near Karnak Temple in Luxor, one of the region’s highlights, meaning no double docking for our ships on the Nile.’

A special launch offer has savings of up to A$2000 per couple on the 12-day Pharoahs & Pyramids itinerary uncovering the ancient secrets of Egypt. Prices start from A$7295pp, valid for new bookings made from 27 January to 31 March 2021. Click here for details.