Jobs at a glance 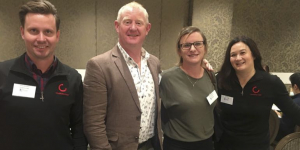 Domestic travel with an eye to exceptional experiences for Kiwis will remain a focus for Viva Expeditions, even as its pre-pandemic business starts to gain momentum again, says founder Rachel Williams.

With offices here and in South America, Viva is back promoting two-way travel between the destinations. However, successful forays into the local market have shown Williams the worth of having domestic product with a difference on offer.

Can you think outside the box?

Are you creative, dynamic and just plain awesome?

If you are then we want you!

Viva are a progressive and growing wholesale travel provider who prides itself on travel bookings based on extensive knowledge and experience.
Our trips are intimate, environmentally friendly, community focussed, and designed to offer a real connection with the cultures and landscapes in which people travel.

We are looking for great people to grow our team so if you want the chance to stand out and do something bold in a fun and rejuvenating industry then we would love to have you join us! 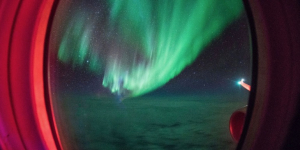 Though the borders look set to remain shut longer than many in the industry were hoping after some promising signs late last year, agents are being reminded that the domestic market still provides some opportunities for short term revenue generation.

Rachel Williams, managing director of Viva Expeditions, says the company’s attention has turned back to New Zealand for the Kiwi market. 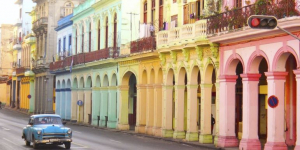 In Cuba the vaccination rates are advancing rapidly and there are some advances with respect to tourism, according to Viva Expeditions.

Managing director of Viva Expeditions, Rachel Williams reports that Havana has already lifted many of the restrictions, having opened restaurants and other recreational places, and it was announced that on 15 November the country will begin to open more widely to tourism. Several Spanish hotel companies such as Melia and Iberostar have already announced the reopening of their hotels, and 23 airlines will resume flights during October. 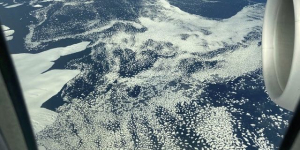 Managing director, Rachel Williams says this is a great way to experience and appreciate the sheer size of Antarctica in a day. ‘Weather permitting we’ll hope to reduce the flying altitude to approximately 20,000 feet to give improved viewing of some areas. The South Pole flight will spend significantly longer over Antarctica, mostly at cruising altitude as we aim to reach the South Pole. 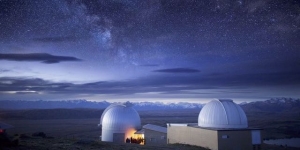 For the first time the University of Canterbury is opening the doors of Mt John Observatory to a limited number of people for an overnight stay.  Usually this type of experience is limited to astronomers and scientists.

How to grow consumer confidence so New Zealanders will travel again to Latin America post Covid-19 was on the agenda when Viva Expeditions managing director Rachel Williams caught up with the Latin American ambassadors in Wellington recently. The group also discussed creative ideas to be able to market the various destinations within Latin America with limited resources available in the short to medium term. 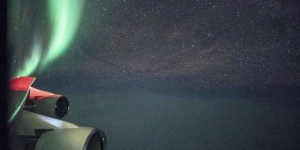 Viva Expeditions has sold out of its first flight to the Southern Lights on 20 March 2021 and has confirmed a second flight will take place the following day on 21 March.

While the first flight virtually sold out in the higher categories within days, Viva had to get on top of economy class requests and wait-lists before it could announce a second flight date.

Business and Premium Economy class seats on the second flight have already sold out and Viva is waitlisting clients for a potential third flight in May.

'I believe we have enough demand for a third flight and we already have people waitlisted for certain categories,' says Viva's founder, Rachel Williams. 'I think after two back-to-back flights we will all need time to catch our breaths before we take to the sky again.'

Williams is reminding agents that with its phone lines overloaded, they should email requests to info@vivaexpeditions.com. These will be processed in the order that they are received.

Wlliams says clients can join Aurora hunter and astrophysicist Dr Ian Griffin and fly into the night to witness one of the world’s most magical natural phenomena – the Southern Lights, also known as the Aurora Australis. The first flight is due to take off on 20 March 2021.

‘Many people spend a small fortune to fly to overseas destinations to see the Northern Lights, but can experience the same phenomena on a flight departing from Christchurch New Zealand.’

Williams says clients will take off onboard an Air New Zealand Dreamliner, and head south over the Southern Ocean towards Antarctica, aiming for latitudes of 62 degrees south where the Aurora Australis is brightest.

‘We take guests far away from light pollution, above the clouds and weather systems to see an unforgettable display with uninterrupted view of the southern lights. Along the way they will see constellations, stars, and planets as they have never witnessed them before.’

Throughout the flights passengers will receive a full inflight catering service in both business and economy classes. Expert astronomers will be onboard.

‘A lot of people want to get on a plane and go somewhere, do something exciting. This is it,’  says Williams.

Flights are available from $1195 per person with various seating options and views available.

Should the flight be cancelled due to Covid-19, a refund will be issued – see booking conditions for more details.

The adventure is being brought to market by Viva Expeditions in partnership with Air New Zealand and the Otago Museum. 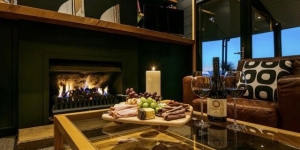 Viva has launched an easy getaway for couples, friends and foodies on Waiheke Island.

Clients stay in a boutique luxury lodge with ocean views and an in-house fine dining chef who will design a four course dining experience to suit. 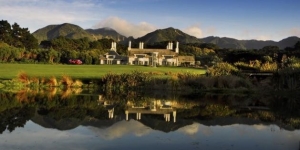 Viva is offering an escape to the countryside region of Wairarapa, where the views and incredible wineries make an ideal setting for a short luxury getaway from Wellington.

Clients stay in the luxury of Wharekauhau's country estate, set above Palliser Bay.  They can relax in front of the fireplace and/or take a walk or bike ride on one of the many trails over the estate.