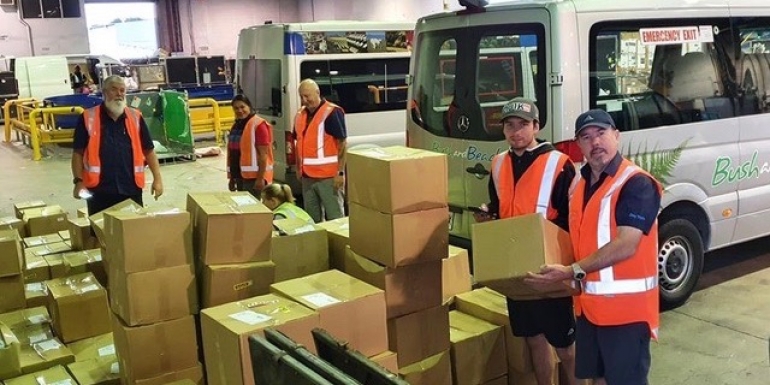 New tours for Bush and Beach

Tour company Bush and Beach has developed a series of tours especially for Auckland locals and New Zealanders visiting Auckland.

Meantime, the company has extended its operations by delivering Auckland Council food parcels under contract to New Zealand couriers.

‘Our business was 99% focused on international tourists so with our borders closed for the foreseeable future, we needed to reinvent ourselves,’ says Thornton. ‘While the wages subsidy has been helpful, it doesn’t cover all of our wages bill, let alone rent. With 10 weeks of being unable to trade, the opportunity to help New Zealand Couriers has been invaluable. We couldn’t think of a better way to put our people and our vehicles to use than ensuring Aucklanders get the food their families need. We took the seats out of five vehicles with 24 hours notice and have been delivering food parcel boxes six days a week since.’

Bush and Beach is traditionally known for guiding international visitors to Hobbiton, Piha, The Coromandel and on wine tours.