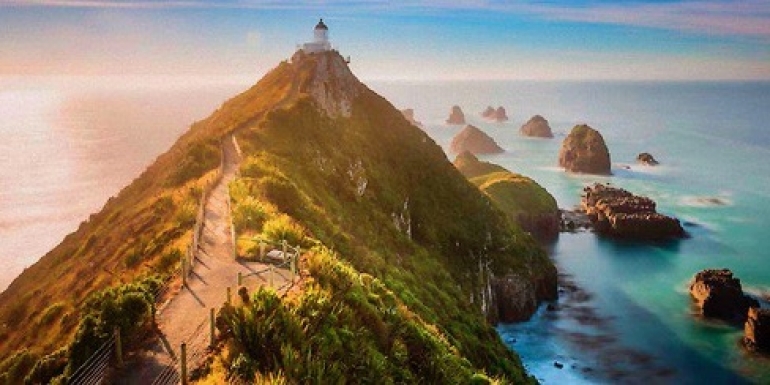 Nugget Point Lighthouse in the Catlins

MoaTours’ Southern Odyssey: Stewart Island and the Catlins tour is one of the company’s favourites and gives Kiwi agents a chance to sell a product which is domestic but little visited by the local market.

‘Many travellers have had Stewart Island in their sights for a long time, so there is a sense of triumph from actually having made it,’ says MoaTours founder Ena Hutchinson.

The tour includes two nights on the island, which Hutchinson says gives people time to relax, enjoy the hospitality of locals, watch the antics of the kaka on their motel balcony and dine on fresh seafood at the South Sea Hotel. Other highlghts are touring along most of the island’s 28 kilometres of road to the gateway of Rakiura National Park and then cruising out on Paterson Inlet to explore Ulva Island bird sanctuary.

Back on the ‘mainland’ the tour visits Bill Richardson’s Transport Museum in Invercargill, while there is the opportunity to take a spin in a Tiger Moth at the Croydon Aviation Heritage Trust Museum. Curator Jim Geddes hosts the group at Hokonui Moonshine Museum with a ‘wee dram’ of Scotch.

Hutchinson says a leisurely drive follows – through the Catlins to Waipapa Point Lighthouse, the petrified forest at Curio Bay and the Lost Gypsy Curios at Papatowai.

Guests spend a night at Kaka Point and visit nearby Nugget Point Lighthouse the next morning, before heading to the Royal Albatross Centre perched on the clifftops at Taiaroa Head. The two final nights are spent in Dunedin, checking out the local sights.