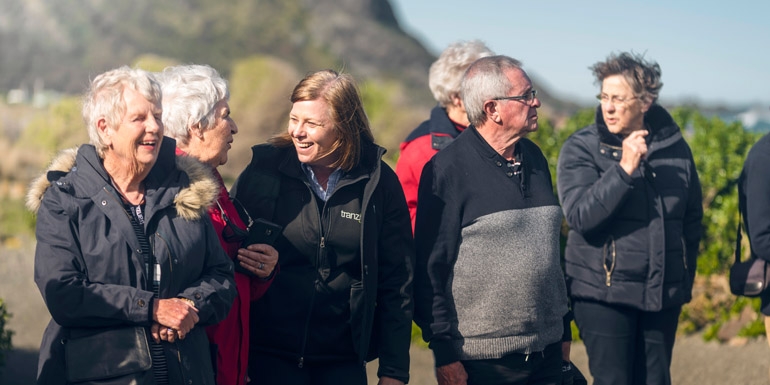 The bus and tourism company, which operates nationally but has its head office in Masterton, typically offers 30 guided tours around New Zealand each year that range in length from two to 10 days. After listening to feedback from customers it launched a nine-day guided walking tour to some of the South Island’s top destinations including Arthur’s Pass National Park, Lake Matheson and the Routeburn, Milford and Kepler Tracks.

The tour sold out in three days, so now Tranzit is launching two more walking tours for 2020 – one based at the top of the South Island and the other around the central North Island. Tranzit Tours manager Robin Corbett says the new walking tours complement the company’s other itineraries available in 2020 and are aimed at the more active senior. ‘We were surprised how fast our inaugural Wild Walking Tour sold out and there was just so much interest from our customers that we are working hard to create two more guided walking adventures next year,’ she says.

Tweet
More in this category: « New at Southern Discoveries Civic tours for 90th birthday »
back to top