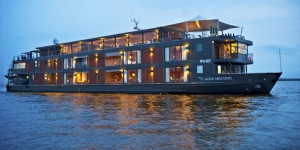 ‘An 11 out of 10 experience’ is how agents have described a recent famil to Cambodia on Aqua Expeditions’ Mekong cruise.
Travel Associates’ Craig Martin was one of four agents lucky enough to accompany Francis Travel Marketing’s Melissa Roberts and Debbie Peters on the cruise following FTM’s November appointment as GSA for the product.
‘It’s the detail that stands out,’ says Martin. ‘Aqua Expeditions has its own skiffs for excursions (which means passengers are not waiting around for boats to ferry them to shore), daily laundry is included, and our shoes were cleaned every time we returned to the boat.’ 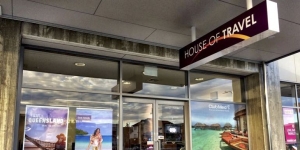 A proactive growth strategy to increase its retail footprint across New Zealand remains a high priority for House of Travel during 2017 and 2018.
HOT’s marketing director Ken Freer says the company is actively considering new store locations.
‘The opportunity for us is that we are not in the business of starting and running our own stores. We have engaged high powered owner-operators to lead this business and we are always looking for the right person in the right place. 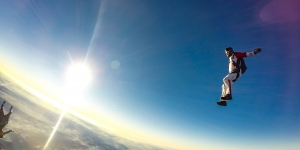 Kiwis: I may sit this one out

New Zealand may be the home of bungy jumping, but that doesn’t mean Kiwis will be among the first nationalities in the world to sign up for the experience.
Peer-to-peer motorhome rental platform SHAREaCAMPER has released a study that explores which country has the most adventure-seeking citizens. It researched the Google search volume for keywords associated around eight adventure journeys, such as 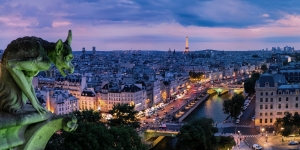 A recently released global overview of air travel shows passengers from Europe, the Americas and the Far East, are making more bookings and taking more flights, despite recent terrorist attacks and on-going geo-political wrangles.
This is according to research by ForwardKeys, which predicts future patterns by analysing 16 million booking transactions a day.
The findings were presented at the World Travel and Tourism Council’s Global Summit, the highest-level annual gathering of travel industry leaders, in Bangkok, this week. 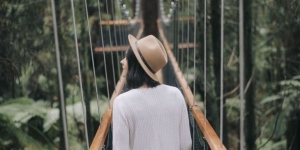 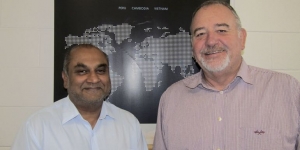 FTM has long been a cruise GSA (general sales agent) and representative and in 2011 picked up AIM Holidays – which specialises in shows, events, sports and packages in Australia and the United States. 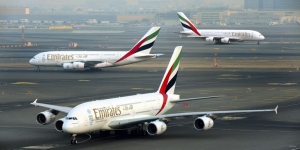 Emirates airline is slashing more than half of its US gateway routes of nonstop flights from Dubai in the wake of President Donald Trump’s policies toward Gulf airlines.
Although Emirates will not be cutting any of its 12 US destinations, it will scale back the number of flights to each location. This means it has cut back on seven routes but will still run five. 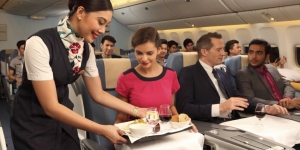 The Asia Now events scheduled to take place around the country from 10 May have already generated plenty of interest from travel agents, says Julie Rice, chairperson of
the event’s organising committee.
Some of the interest is due to pent-up demand because the roadshow did not take place last year, but there is also plenty of interest in Asia from the trade generally, according to Rice. 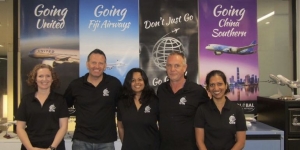 With a growing team in place and a full calendar year of operation behind it, Global Travel Network (GTN) is looking towards further growth, more famil tours and its first national conference in 2017.
Director Rob Beecher says the conference will be held at Rydges Rotorua on 28 to 30 July and some 100 agent delegates, plus suppliers (25 already confirmed) will attend.
‘The time is right to be looking head to our first conference,’ says Beecher. ‘In the last 12 months we delivered on our promise of four famils (a Fiji Cruise, Thailand, Sydney and Whitsundays) and we will be doing another four in the year ahead. So the 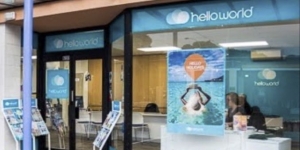 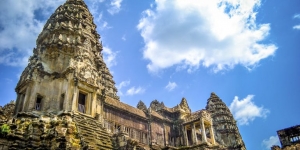 Travel agents’ feedback has been one of the factors prompting Innovative Travel to launch a new division aimed at people travelling alone.
Innovative’s managing director, Robyn Galloway, says the first Travel Companions.Club gathering is next Wednesday 19 April at Riccardo
House in Christchurch and she expects travel brokers and agents among the attendees. 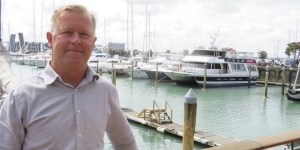 TAANZ: expand footprint to all

Having an even more inclusive membership base is on Travel Agent Association of New Zealand chief executive Andrew Olsen’s wishlist for 2017.
‘TAANZ is already the association of choice in an unregulated (travel) marketplace. I would like to think that through 2017 we can expand our footprint to include any brands and groups that are not currently participating.’
Olsen says the association will have four distinct ‘pillars’ next year – relevant membership services, traveller awareness, governance and productive partnerships.
‘We’ll have better connection with our members about what they do and what they want. That is something that will follow on from the survey we did this year.
‘The traveller awareness effort will come off the back of the travel agent awareness week we have just completed. That struck a chord with social media and we want to continue that.’ 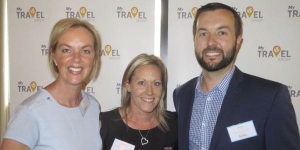 helloworld’s affiliate agents, previously the Independent Retail Travel Network, have a fresh brand.
Jess Allan, affiliate network leader with helloworld, says the new My Travel Group name aligns the New Zealand agents with the companies’ Australian affiliates. ‘We now have 900 independent travel agents across New Zealand and Australia and they have access to features such as EDMs (electronic direct mail), white label websites and other things that we think independent agencies can really leverage off.
Brett Simon, affiliate network business development manager, introduced the new brand at a function in The Generator in Auckland on Wednesday and says independent agents will be given full training on how My Travel Group can help their business grow. 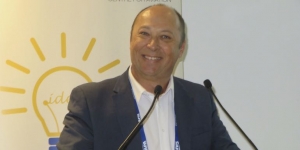 Managing corporate travel is far more about personalising the experience than it ever has been before, and that can generate its own challenges in terms of duty of care, last week’s New Zealand Aviation & Corporate Travel Summit at The Langham, Auckland has heard.
Tony Carter, managing director Australia and New Zealand with Amadeus, says changing trends such as ‘bleisure’ – business travellers adding leisure time to their trips – can cause complications for companies and their travel management companies (TMCs). ‘What can you do if the traveller books a leisure add-on outside of company policy and not through the TMC? You really don’t know where they are and that becomes a challenge in terms of duty of care.’ He says Amadeus refers to current corporate travel as ‘managed travel 3.0’.
‘Managed travel is evolving. Some of us remember the days of managed travel 1.0, when the only way to book was through the TMC and the TMC only had the GDS and all air travel was on full service carriers.

Andrew Dale, chief executive officer of apx travel management, supports the addition of the young executive category. ‘It is a valuable method of recognising and endorsing the future leaders of the industry,’ he adds. 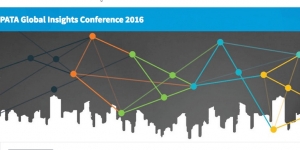 Airbnb may have made a huge impact on the leisure market, but it now has its sights firmly on business travellers.

Julian Persaud, the regional director of Asia Pacific Airbnb, told industry representatives at last month's PATA Global Insights Conference in Auckland has been steadily working on snaring the business sector, which now represents 10% of its market. ‘We are signing 1400 companies a week,’ Persaud says.

Airbnb has spent a lot of time training its hosts to be business-travel friendly. ‘We’ve also worked hard to provide travel managers with the tools they need to offer this service to their staff.’ 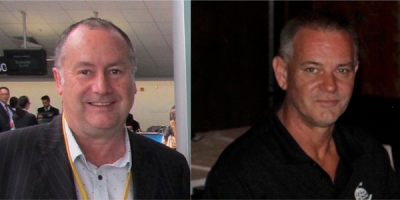 Global Travel Network (GTN) and Mondo have signed a new partnership agreement. As part of the new arrangement, Mondo Travel will be incorporated into GTN airline contracts and will utilise the services of its consolidation unit.

Rob Beecher, a director of GTN, says the move effectively sees Mondo as part of a significantly wider network, while retaining its own independent identity. ‘It is a big development for us,’ says Beecher, ‘and part of what is shaping up to be a really successful year.’

GTN retains confidentiality over its exact number of associated agents. However, Beecher says somewhere between ‘40 and 80’ are on board. In more big news for the network, it will sign six new agents on 1 August and another on 1 September.

‘We are close to achieving our 2016 target already, with just seven months gone, and we are actually set to reach next year’s target by end of 2016.’

Tony Terrill, chief executive officer of Mondo, is delighted with the new arrangement. ‘Mondo and GTN are like minded in our approach to a strategy of adding cost effective bottom line value to our members. Together we can offer a specific set of solutions within either a branded and / or independent operation.’ 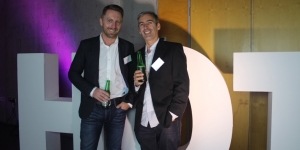 House of Travel consultants described the company’s first television brand campaign in five years as ‘brave and bold,’ ‘overdue’ and ‘authentic’ when it was launched with hoopla on Friday night.

Dubbed by HoT CEO Mark O’Donnell as the ‘worst kept secret’, the advertisements appeared for the first time on television screens last night. ‘The best holidays are created together’ campaign features House of Travel consultants planning holidays with their clients.

‘I love the style of the ads,’ says Glen Armstrong from HoT Ellerslie. ‘They are ads that make you stop and think. The time is right to position the brand as collaborative – we are not the gatekeepers of knowledge anymore. Clients come into us with their research and we work together to find the best outcome.’

HoT’s Steve Parsons from Palmerston North says the ads reflect ‘what we do all day every – we create experiences for our customers.’

Marketing manager Ken Freer says the campaign creative embraced customers’ ideas. ‘It had to be authentic so we've used real consultants, real customers and real experiences created together,’ he says. ‘But it is not just about this campaign. We have a powerful proposition that resonates with New Zealanders, and one that we can deliver.’ 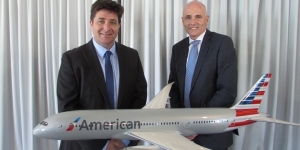 Short haul concerned as cheap fares cause spike in US bookings

Tourism offices in short-haul destinations are keeping a close watch on sharp fares to the USA, saying they are likely to have at least a short-term impact.

However, they are also emphasising that airfares and packages to their own destinations are as competitive as they have ever been.

Jacquie Carson, Vanuatu Tourism Office New Zealand representative, says she is sure the North American fares will have some impact on the short-haul market.

‘These prices will definitely make people think about doing that ‘holiday of a lifetime’ now.