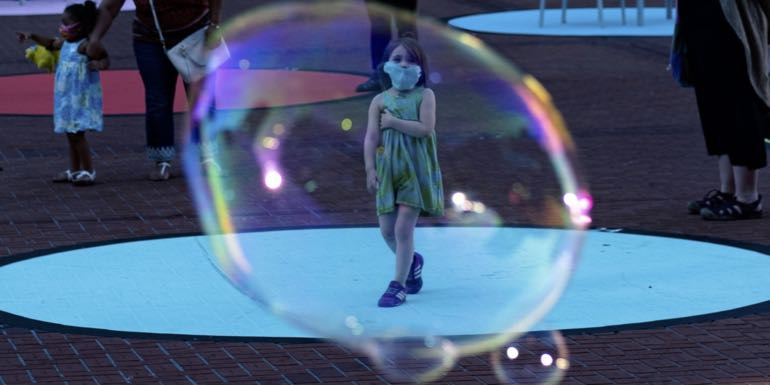 The trans Tasman bubble, at this stage at least, is more useful as a trial run for opening up international borders than a significant generator of business, according to speakers at CAPA (Centre for Aviation) Live this week. Tom Manwaring, executive chairman of the Australian Federation of Travel Agents (AFTA) says surveys of the organisation’s 3000 agents indicate that things are ‘hardly moving’ on the tourism side.

‘The vast majority of travellers are going to stay with families and the economic impact of that is negligible. But it’s a good chance to get the processes right, do some fine tuning and work out what the next stage could be.’

He says agents in Australia are running at 93% to 95% negative and New Zealand has dropped to 92% negative.

‘We do have some agents doing land only to New Zealand so they have had a fillip, but as an industry it (the bubble) is not a needle mover. New Zealand is seen as a domestic market, with a lot of homestayers, ticket only, a flop by a hotel pool or pick up a campervan and get on the road. There is some coach touring around the North and South Islands, but we’re not talking tens of thousands.’

Margy Osmond, Sydney-based chief executive officer at the Tourism and Transport Forum says she would like to think people are confident to travel, but that is clearly not the case.

‘Every time we survey people and ask why they choose not to travel at the moment, the top four or five reasons are all to do with border closures. So regardless of whether the situation is improving in terms of premiers being slightly less inclined to slam their borders shut, I am not sure the public has absorbed that change at this point in time.

‘It has gone well beyond “if I go on holiday I may get stuck there” and now it’s “if I get back I may not be able to do my job because I can’t get to various places around the country.” There is a desperate need for greater certainty.

‘As long as governments, with the possible exception of New South Wales, choose to manage the emergency, not the risk, we will continue to have this problem and the current situation with trans Tasman travel makes that abundantly clear.’