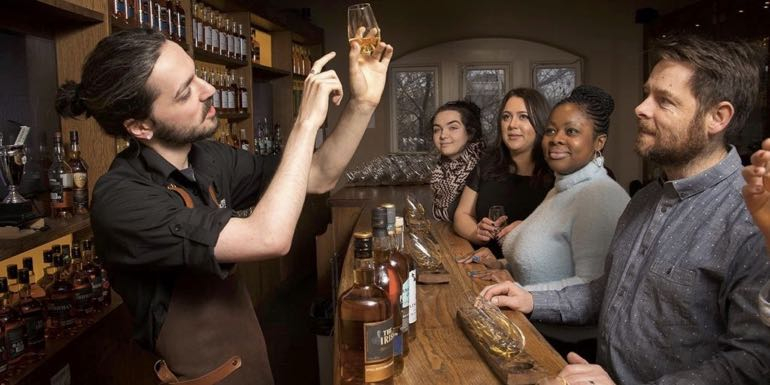 Whisked away for whiskey

Irish Whiskey’s ‘serious revival’ has not only given rise to an influx of new distilleries but also led to the formation of several tours based around the spirited beverage.

John Callely, founder of Whiskey Island Premium Tours and Tastings, says that for a long time the island of Ireland’s whiskey industry lay dormant. ‘At one stage we were down to just two distilleries, now we have 39 and more (about 25) on the way.’

He says whiskey trails offered to guests take in a number of distilleries but also stop at some of the historical, cultural and scenic highlights along the way.

‘We use executive transport and I go as the whiskey specialist. We tailor make the experience at each distillery – the customers don’t want to hear the same story about how whiskey made each time. Sometimes we head straight to the bar for a tasting.’

Callely says tours on offer include visiting three distilleries close to Dublin, through to two-day trails in Northern Ireland, a full day in the Midlands or bespoke experiences on the West Coast.

Whiskey Island was one of the exhibitors at the Ireland Virtual Expo this week. www.whiskeyisland.ie/