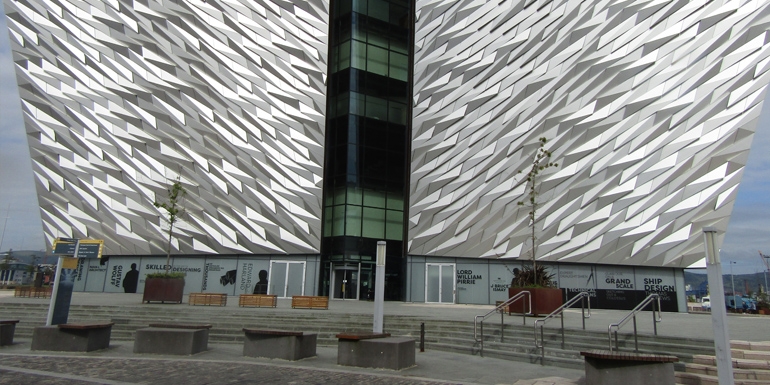 If a single installation has led to the resurgence of Belfast as a tourism destination it is The Titanic Experience, a museum that traces the building, launch, sinking, immediate aftermath and later search for the world’s most famous ship.

Information staff at the experience say it has attracted five million visitors since opening in 2012 and last year was the busiest yet. Part of its pulling power, they say, is location – the ship was actually built just left to where the museum is now. The Titanic Experience has nine interactive galleries and while most of the attention is on The Titanic, the exhibits also provide an insight into Belfast of the early 1900s and the ship building industry in general. Clients who buy a £19 ticket can also visit the adjacent Nomadic, used as a render vessel for first and second class passengers on The Titanic in France. (Until September they also get two pounds off the admission price of the touring Game of Thrones exhibition a few minutes’ walk away.) The museum is the centrepiece of one of Europe’s biggest waterfront schemes, which also includes Titanic Studios (where much of GOT was filmed), The Titanic Hotel and the restored HMS Caroline (used in the Battle of Jutland in WWI).

Tweet
More in this category: « Summer is coming for NIR The power of film tourism »