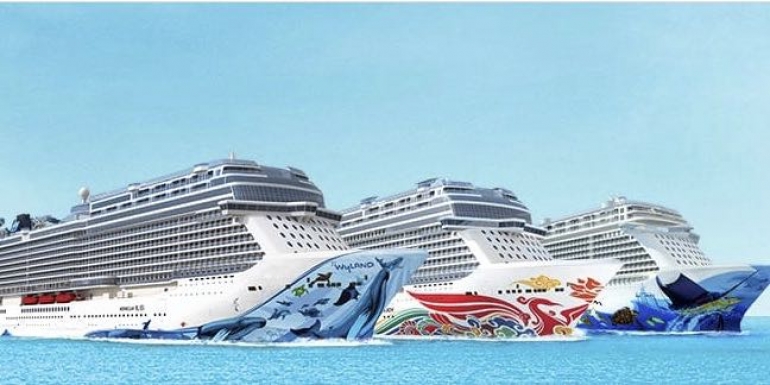 • NCL Legends, rewarding top sellers from each BDM’s region across Australia and New Zealand with a famil onboard one of NCL’s ships;
• An awards ceremony, annually celebrating top agent partners in each BDM’s region.

NCL will announce the full programme details once launched in early 2021.

In the meantime the cruise line is encouraging travel partners to sign up to the newly improved trade portal, Norwegian Central, where NCL will track and reward them for bookings made directly with NCL.  https://partnersfirstrewards.ncl.com/teaser

While not totally discounting the possibility of having guests from further afield, Norwegian Cruise Line’s just released 2021-22 summer sailing season around New Zealand and Australia is heavily designed to appeal to the local market.

Ben Angell, NCL’s vice president and managing director APAC, was beamed into a press conference in Auckland early December to announce that the season will see Norwegian Spirit deployed here for a collection of 10 and 12-day ‘port intensive’ itineraries departing from Auckland and Sydney.

For the first time NCL is adding Timaru as a port of call, including it in a 12-day Australia and New Zealand itinerary, which departs Sydney on 23 December 2021.

Angell says that advances in vaccines and other medicines give some hope that travellers from UK, Europe and the Americas may be able to cruise here by late 2021.

However if it is a more challenging situation, the cruises will ideally suit the domestic market and there will be more capacity for local cruisers.

‘There’s been a definite surge in demand from local travellers looking for premium experiences closer to home and we believe our guests will love Norwegian Spirit’s refined onboard experience and immersive itineraries.’

Tweet
More in this category: « Science slant on Viking Polaris
back to top