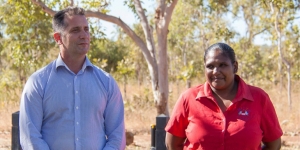 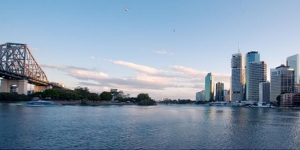 Connecting passengers arriving at Brisbane Airport has never been easier with Airtrain Connect now offering door-to-door service as a one-way or return option. The service includes an express train transfer to a Gold Coast station and chauffeured private vehicle transfer services to accommodation or meeting venues. 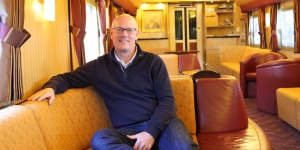 One of the highlights of the new timetables is the introduction of a Blue Mountains off train excursion for the eastbound Indian Pacific to Sydney.

Dave Atherton, general manager – international sales with Experience Australia, says that the past year July to June, has seen a tremendous boost in Kiwi travellers on GSR’s trains with the largest growth being on The Ghan Expedition. 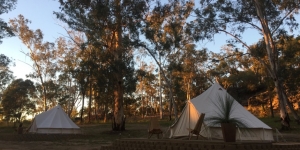 A trip to Queensland's Outback

Famil trips before the Queensland on Stage trade workshops were designed to show Kiwi travel agents that there is more to the state than they may think – no matter how many times they and their clients have previously visited.

A trip into Queensland’s Outback, for example, proved that there is more to Queensland than the coast. 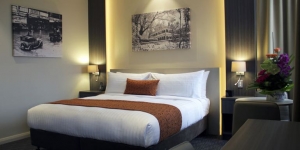 Templers Mill Hotel will rebrand to Mercure Orange in regional New South Wales in August 2017, following the completion of a three-year expansion masterplan and a nine million dollar transformation.
Owned by the Orange Ex-Services Club, the two-storey, 77-room soon-to-be internationally branded midscale Mercure hotel is within the club’s precinct which features nine function rooms including an indoor swimming pool, sauna and gymnasium. 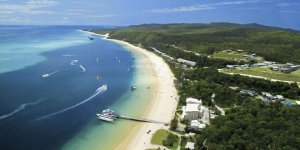 Queensland on Stage wrapped up in Tangalooma this week with the revelation overall international visitor numbers were up 3.2%.
According to figures released by Tourism Research Australia, total visitor nights market reached 53.5 million in the year ending March 2017. 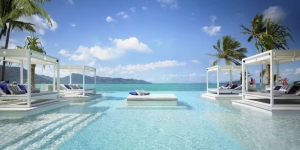 Whitsundays: Down not out

Cyclone-battered Whitsundays made a triumphant return to the tourism fold with a well-attended presentation at ATE 2017 late week.
A five-strong group of tourism and resort representatives from the popular Queensland destination presented a united front, outlining to trade the Whitsundays is not only back in business after damage caused by devastating Cyclone Debbie on March 29, but it is returning with revitalised product. 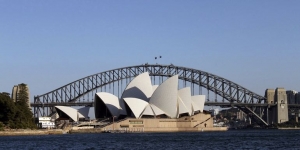 Tourism Australia’s focus on the New Zealand market will remain firmly on business events and incentives.
So remarked managing director John O’Sullivan at the Australian Tourism Exchange this week, saying the job of wooing Kiwi leisure travelers will remain with the eight states and territories in spite of increased competition in the wake of bolstered connectivity in the New Zealand market. 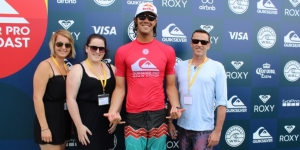 The eagerly awaited Gold Coast VIP famil took off last week, and 22 agents from around New Zealand experienced some of the Gold Coast’s popular attractions, sporting events and leisure activities.

Around half the group were first-time visitors to the region, including Michelle Sanders from Inspire Travel. ‘While our office is mainly corporate, we do have incentive business and the Gold Coast is on the cards for these clients. Coming on this trip is not only 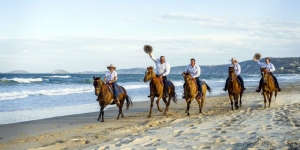 The Sunshine Coast attracted a 45% increase in expenditure (to $266.5 million) by international tourists in the year to September 2016, an all-time record for the region.
Extension of Air New Zealand’s direct flights saw 21.3% growth in holiday visitors from New Zealand, and overall Kiwi visitor growth of 11.6% (to a total of 66,000 annually).
The sharp rise in spending was revealed in the International Visitor Survey (IVS) released this week by Tourism Research Australia.
The record expenditure figures were built on a 6.4% growth in international visitors (to 272,000), with holiday visitors up 9%. Holiday visitors also stayed considerably longer – up 27.9% - to an average 7.8 nights per stay and expenditure grew 19.5% to $89.3 per night. 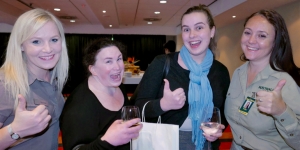 Think Australia’s a hard sell? Think again, New Zealand.
That was the comment from Sally Holyer, New Zealand country manager of Tourism and Events Queensland, who was at a Sunshine Coast Roadshow event in Auckland this week, along with about 50 retail and business travel agents.
Holyer says 63,000 Kiwis visited the Sunshine Coast in the past year, a 13% growth year on year. The average stay by New Zealanders is nine-and-a-half room nights.

Sydney sail gets a boost

Sailing Sydney Harbour on an America’s Cup yacht with Explore is an experience that received a boost in the New Zealand trade profile recently.

A group of decision makers from Flight Centre, House of Travel and Global Travel Network (GTN) recently got on the harbour with Explore and had the opportunity to get involved in raising the sails, tacking, grinding and skippering from the helm.

The group was on Kookaburra, originally built by the Challenge of Antibes Yacht Club for the 1995 America’s cup but not actually finished in time to race – though it was later used as a trial boat.

Kit Nixon, chief executive officer of Explore, says the company has been getting great feedback from the New Zealand trade group. ‘We certainly see potnetial out of the leisure and visiting friends and relatives (VFR) markets here. We are certainly receving interest from the market here in terms of conferences and incentives and we have the ability to bring in more vessels to join when required to join the two we operate.’