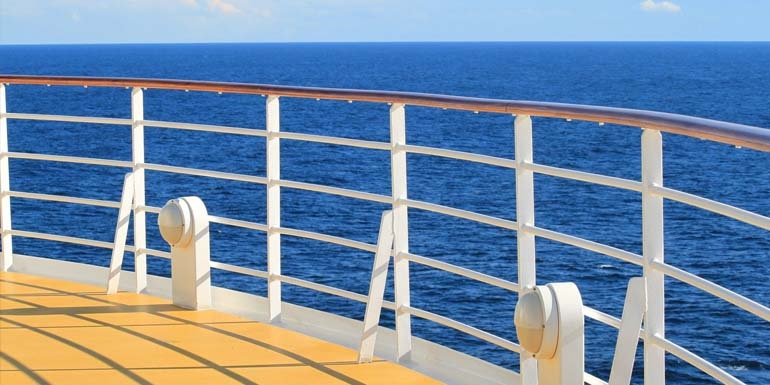 Cruise Lines International Association (CLIA) Australasia reports all major cruise lines in the region are currently operating as scheduled and most Australian cruise destinations are unaffected by the fires.

‘Cruise lines are monitoring the situation in Australia closely and if required can adjust itineraries to avoid areas affected by fire,’ says CLIA Australasia managing director Joel Katz. ‘The safety of guests is paramount. Cruise lines will also consider whether itinerary changes are necessary to avoid placing pressure on regions dealing with emergencies.’ To date, five cruise itineraries have had minor adjustments to avoid ports in areas that have been impacted by fire. Of approximately 50 cruise ports in Australia, only two regional destinations have been affected, though it is expected they will be accessible again soon.

‘Cruise lines have made clear they want to return to these ports as soon as possible to help support local businesses and assist in their recovery,’ Katz says. Major cities such as Sydney and Melbourne are unaffected by fires (other than periods of smoke haze), as are most other cruise ports around Australia. ‘As a vast country, most of Australia is open for business and welcoming visitors,’ Katz says. ‘Tourism Australia has provided excellent information at australia.com to keep visitors informed and give details on the large areas of the country that are open and accessible.’ Katz says CLIA has united with other Australian tourism organisations in planning for the recovery of destinations hit by fires.

Industry gets behind bushfire relief

The travel industry has opened its hearts and wallets to people affected by and battling the Australian bushfires. A wrap up of just some of the donations and relief follows: Norwegian Cruise Line Holdings Ltd has committed A$250,000 to the Australian Red Cross Disaster Relief and Recovery Fund to support emergency relief efforts for communities affected by the bushfires. NCL operates the Norwegian Cruise Line, Oceania Cruises and Regent Seven Seas Cruises brands.

Trafalgar made a 10,000 tree donation in December, and at the start of January, The Travel Corporation donated A$100,000 to the NSW Rural Fire Service. Flight Centre New Zealand has started a Bushfire Appeal to raise funds for the rural fire services. The Flight Centre Foundation has already committed $10,000 to the cause, and FCTG is matching staff donations dollar for dollar. Helloworld Travel Limited has pledged to match every dollar donated to an appeal for assistance to victims. The GOFUNDME page raised almost $10,000 in 24 hours for the Australian Red Cross and will stay active for the entire month of January. At the end of the month all donations will go directly to the Red Cross Disaster Relief and Recovery Fund.

Lending a little power to fire and rescue teams

Linkd Tourism and Alamo Rent A Car teams in New Zealand and Australia have packaged together every Alamo Power Pack they had on hand in both countries and sent them to the Australian fire and rescue teams to assist while they’re spending long exhausting hours in the field. ‘The power packs go a little way to ensure the rescue teams have that extra power they may need to stay in contact while they’re out in the fire fields for hours at a time,’ says Gaye Wood, Linkd Tourism and Alamo Rent A Car’s New Zealand representative. ‘Kia Kaha rescue teams and all those affected.’ gaye@linkdtourism.com

Tweet
More in this category: « 'Thoughts with Australia' Packaging drives Kiwis to VIC »