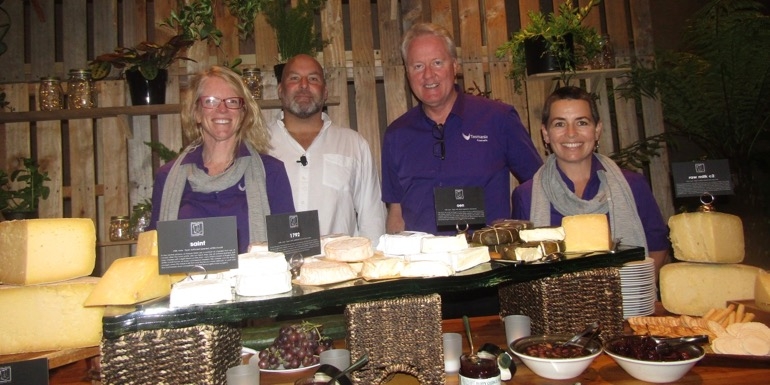 Pent up demand for Tassie

Direct flights between Auckland and Hobart could be a reality by 2020, especially if the growth from New Zealand to Tasmania continues as it is, according to John Fitzgerald, chief executive officer of Tourism Tasmania. Fitzgerald’s comments came as he and other representatives from the tourism office welcomed about 120 Kiwi travel agents to a function at Sofitel Viaduct Harbour in Auckland last night. The roadshow heads on to Wellington and Christchurch today and tomorrow.

Fitzgerald says Hobart Airport is exploring a return to ‘international status’. This has been encouraged by the Australian Federal Government’s announcement that it will give the State A$80m over the next 10 years to support the processing of international visitors.

‘But we also have to improve the infrastructure, the airport needs to be expanded.’ He says a summer of 2020 date is not out of the question. ‘I don’t see that as opening the floodgates but we do envisage limited services by then and New Zealand would likely be included in that.’

The event last night was designed to show off a number of features that New Zealand agents may not be fully aware of – including its food and beverage. Nick Haddow, of Bruny Island Cheese Company, was there to ‘show off the more delicious version’ of the state.

Fitzgerald says the big interest from the trade here shows that Kiwi travel agents still see Australia as an opportunity. ‘Maybe it indicates that the time is just right to showcase an emerging destination, something that is still different and a place that is not so familiar.’

Recent figures show that New Zealand visitation has been growing by 25% each quarter over the last 12 months and Fitzgerald says Tasmania is a proven high yield destination for travel agents.

‘We want the trade to help drive demand now, and that will make things more sustainable when (direct) flights eventually do come.’

Tweet
More in this category: « Aussie Specialist Ambassador Rat Pack on the Murray »
back to top