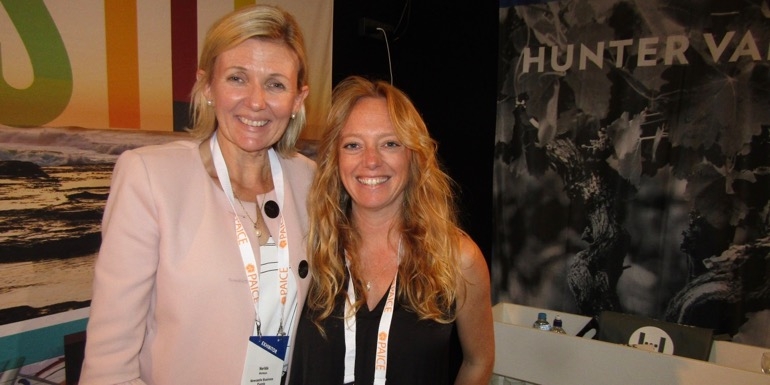 More trade education around what clients can do in Newcastle, New South Wales is critical if agents are to maximise the opportunities of the new Virgin Australia flight between the city and Auckland, according to delegates at a major travel expo this week.
While the city is regarded as an ideal gateway to the tourism areas of Hunter Valley and Port Stephens, city representatives at the Pacific Area Incentives & Conferences Expo (PAICE 2018) on Tuesday emphasised that Newcastle itself has an array of attractions.

‘We are right on the waterfront and some New Zealanders don’t realise just how close to beaches we are,’ says Fiona Okpalogu, director of sales Rydges Newcastle.
‘We have Surfest at Merewether Beach, which is one of the top three surf festivals in Australia. A whale watching tour leaves outside our hotel in the season (approximately June to mid November) and we are 10 minutes away from quad biking and camel rides in the dunes. We are also close to Treetops Adventure Park and Oakdale Farm and Fauna Park.’
Rydges Newcastle sales and marketing coordinator, Courtney Pattison says the destination is well known for street festivals, international celebrations, and lively concerts. One of the biggest events on the sporting calendar is the last V8 Supercars race in the Australian season – which is actually on this weekend, ideal timing for the VA flight that started yesterday.
Nerida Worboys, City of Newcastle, and Samantha Ford, Hunter Valley Wine and Tourism Association were at PAICE to generate interest from professional conference and incentive organisers.
They say a famil is planned for business event practitioners in February next year, with one night in Newcastle and one night in the Hunter Valley. There will be about 12 airfares, sponsored by Newcastle Airport.