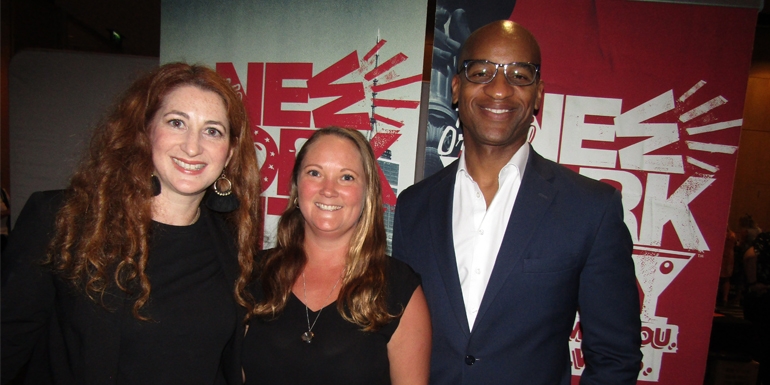 The New Zealand trade is being told this is the year to see New York’s icons ‘renewed and reinvigorated’ – a timely message for both new and repeat visitors as Air New Zealand gears up for direct services to the city from AKL.

Sarah Stevenson, public relations and marketing director with NYC & Company, points to a new museum in the Statue of Liberty, the Empire outlets on Staten Island, MOMA Museum’s reopening, and the 150th birthday of The Met (Metropolitan Museum of Art) as reasons to visit in 2020. Stevenson was among a strong contingent of New York representatives at the Brand USA Travel Trade Expos in New Zealand this week and says 2020 also marks the 50th anniversary of the New York Marathon, plus the opening of The Edge – the fourth observation deck in New York.

The Empire State Building completed a massive renovation project late last year that started four years ago. New features include the Empire State Building Museum with 12 interactive and immersive exhibits covering (among other things) the construction of the building, opening day, sustainability (in a Modern Marvel section), King Kong, and a Celebrity Walk. The 80th floor has also been refreshed with new exhibits – including one called NYC Above and Beyond (a visitor information centre opened in conjunction with NYC & Company). The 86th floor main observatory area is open and there is also an observatory on the 102nd floor (the later is a premium experience that involves an ‘upgrade’ to the entrance ticket). New Zealand is already a significant market for NYC – some 46,000 visited in 2018 (the latest full year figures available), with 89% travelling for leisure and 48% citing travel agencies as their main information source.