Air travel 'not the same as a public bus' 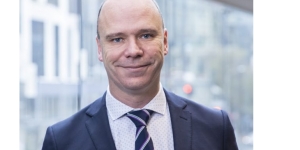 The risk of catching Covid-19 while travelling by air should not be compared with travelling on a public bus, according Justin Tighe-Umbers, co-chair of the New Zealand Aviation Coalition (NZAC).
'Every time we go into Alert Level 2 or higher, two thirds of the domestic network gets taken out,' Tighe-Umbers says. 'That's the knock on effect of having to keep 30% to 50% of seats empty depending on the aircraft type. The problem lies with the Ministry of Health's requirement for physical distancing on aircraft under Level 2.

'That requirement reduces the number of flights as airlines respond. In simple terms, it means not as many ticket paying passengers are covering the cost of each flight. Airlines can not be expected to fly where they can't cover costs.'

He says measures like hygiene protocols, aircrew wearing protective equipment, restrictive food and beverage services, limiting the use of toilets to certain areas of the aircraft and the mandatory use of face masks by passengers all help prevent transmission.

'Modern aircraft are also one of the most controlled environments that people could experience. Air is exchanged with fresh air from outside every two or three minutes on most aircraft. That is 20 to 30 times more frequently than most office buildings.'

Tighe-Umbers says while the government obviously recognises people want to travel regionally and there are economic benefits from that, it also needs to recognise physical distancing on aircraft imposes heavy costs.

Air Chathams is warning that the government announcement on the requirement to social distance passengers will ultimately make air travel more expensive, particularly on smaller regional aircraft, whilst piling 'more commercial pain' on airlines already hurting after emerging from the first lockdown.

'It is impossible for government to administer a broad brush requirement to socially distance and believe it will be effective on a multitude of different aircraft types, especially when separation of passengers during boarding and deplaning at many regional ports can not be achieved,' says Air Chathams chief operating officer, Duane Emeny.