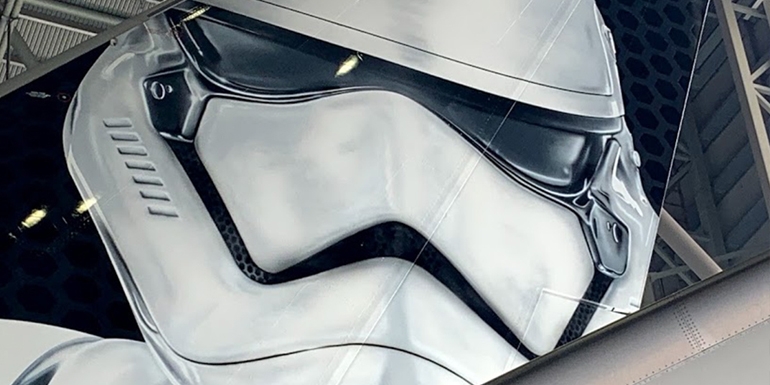 May the Force be with LATAM

The aircraft, inspired by the stormtroopers of the First Order, will fly from the carrier’s São Paulo/ Guarulhos hub to Orlando, where Star Wars: Galaxy’s Edge is based, and Miami as well as other international destinations including Madrid, Frankfurt and Paris. The aircraft is due to arrive in São Paulo/Guarulhos and operate its first commercial flight in October.