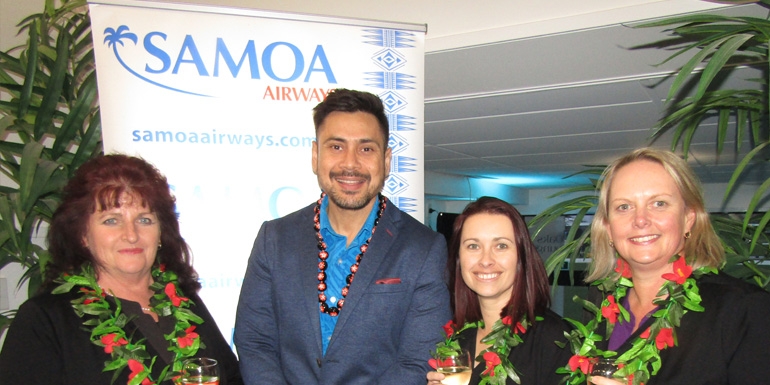 Samoa Airways has quickly seen the positive impact of being on GDS and is gaining traction with the trade through the development, says Dwayne Bentley, the carrier’s marketing and communications specialist.

Bentley was one of a strong contingent of presenters at the Samoa Roadshow that has visited Wellington, Tauranga, Hamilton and Auckland this week. ‘We’ve been flying for 10 months now so this roadshow comes at an opportune time,’ says Bentley. ‘The reception has been strong – agents have been interested and engaged.’

Bentley says the airline has generated a number of sales fares since it went daily on the Auckland-Apia route. But it is the entry into the GDS scene that he was emphasising this week. ‘We went onto Amadeus in April and Travelport in the first week of July. Testing with Sabre is well underway and we should be on that soon. So our distribution has really been beefed up.’

Tweet
More in this category: « Thai’s Dreamliner on AKL route Free transit tours with CZ »
back to top