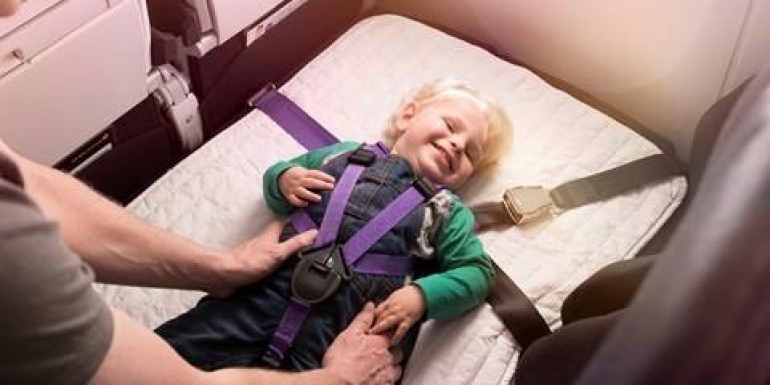 Air New Zealand is making some enhancements to its Economy Skycouch, benefiting the airline’s youngest customers.

The airline is introducing a dedicated infant harness and belt, allowing infants to remain lying down throughout the cruise phase of flight.

Previously they were required to be seated on a guardian’s lap when the seatbelt sign was on.

Pending certification and regulatory approvals, the airline plans to make the modified Skycouch product available progressively onboard its Boeing 777 and 787-9 Dreamliner fleets in the coming months.