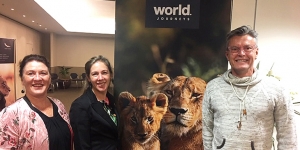 New Zealand agents are looking for new and exciting options in Africa as the continent continues to grow in popularity out of this market, according to suppliers at a World Journeys Experience Africa roadshow this week. 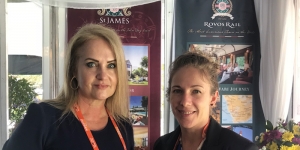 Rovos Rail fans will have to wait until 2020 for a berth on the new Trail of Two Oceans journey from Tanzania to Angola. When the July 2019 departure was launched in January this year, it sold out in three weeks. It now has a waiting list and the 2020 trip is filling up. ‘We are surprised at how quickly it has sold out,’ says Estee Badenhorst, marketing with Rovos Rail. ‘It’s been mainly repeat clients who have booked the journey,’ explains key account manager, Alicia Taljaard. ‘For ‘country tickers’, the train travels through four countries – Tanzania, Zambia, southern Democratic Republic of Congo and Angola.’ The once a year journey leaves Dar es Salaam on 19 July 2019 and, after a three-day turn around leaves Lobito for the return journey on 2 August (this leg is also booked out).

Taljaard says the changing scenery in Angola includes a vast watershed scattered with fisheries and where the railway line is built up on the water. ‘You then travel through green, lush jungle, baobab forests and dry arid dunes. In the Congo it’s remote. There’s jungle and copper mining but the thing I remember most is the warmth of the people.’ When the journey ends in Lobito, guests stay one night at the new Terminus Hotel. ‘We recommend guests then add a side trip to the capital Luanda, flying from nearby Catumbela,’ says Taljaard. In Luanda, points of interest include old forts and the trip incorporates a game drive and river cruise in nearby Kissama National Park.