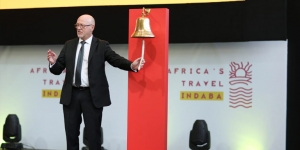 Visa relaxation and the work of Ethiopian Airlines to develop Ethiopia as a regional transport hub have been the catalyst for a massive 48% increase in international visitor arrivals, making it the fastest growing tourism market in the world in 2018. 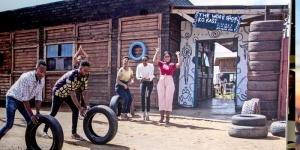 Africa’s 5% share of global travellers (62 million of the world’s 1.2 billion tourists) could be doubled in the next decade with the right collaboration, policies and investment. That’s according to South African Tourism CEO Sisa Ntshona who was promoting ‘Brand Africa’ at the Africa’s Travel Indaba recently in Durban.

‘Africa’s tourism sector grew 8% in 2017, 1% above the global average,’ says Ntshona. ‘The forecast is for continued growth – no other continent has as much potential to grow.’ The World Travel & Tourism Council (WTTC) reports tourism is already an economic force on the continent – contributing a total of 8.1% to the GDP and employing 6.5% of the workforce in 2017. ‘Tourism can take us from poverty to prosperity, specifically women and young people in rural areas,’ says Ntshona who highlighted the number of small, local operators exhibiting at Indaba. ‘Today’s travellers want authenticity, and Africa covers that.’

South Africa itself has an ambitious growth plan for the next five years – to increase its visitors by 40% to 10 million. ‘South Africa has something for everyone, every wallet and every generation,’ says Ntshona. ‘We are seen as a five-star destination but we’ve got three- and four-star. Kruger is as big as Israel and you can observe the same lion from a backpacking tent to six-star luxury.’ Ntshona is also encouraging visitors to combine South Africa with another African country. ‘We are shining the spotlight so that everyone gets to benefit. Instead of spending 10 days in South Africa, how about 20 days in the region?’