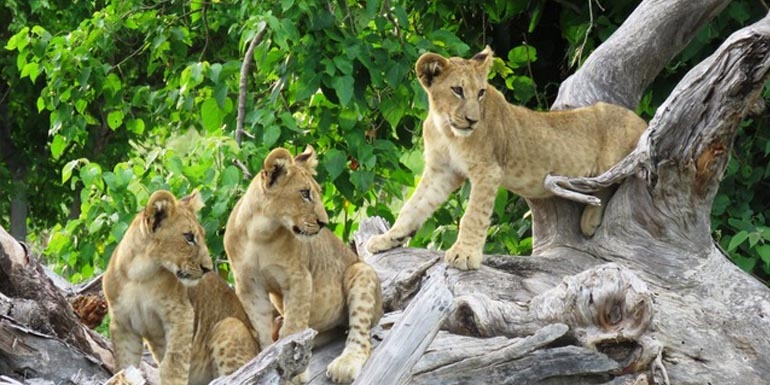 Conservation work depends to a large extent on tourism revenue, along with donations from various wildlife conservation trusts and non-profit organisations, explains World Journeys director Ange Pirie. ‘We work with a select group of safari operators who utilise eco-tourism to fund the conservation of Africa’s precious wilderness and wildlife,’ she says. ‘An example of vital activity that depends on this funding is the war against poaching. As there are no people in camps, no game drives happening, there are not as many people around to deter poaching, leaving endangered wildlife in a vulnerable position if efforts aren’t increased,’ says Pirie. The people working for these safari operators are also at risk. For example, Wilderness Safaris’ group sustainability manager, Dr Neil Midlane, says the company employs almost 3000 people, the majority of whom come from small rural African communities.

With as many as 10 family members dependent on one salaried person, job losses could have a profound effect on the livelihoods of thousands of impoverished communities. Without guest stays, efforts to protect Africa’s most extraordinary wilderness areas will erode fast. World Journeys is encouraging Africa enthusiasts to check out the efforts being made by organisations such as The Africa Foundation, Rhinos Without Borders, the Lionscape Coalition and the Wilderness Wildlife Trust, and to support them, if able, in these unprecedented times.